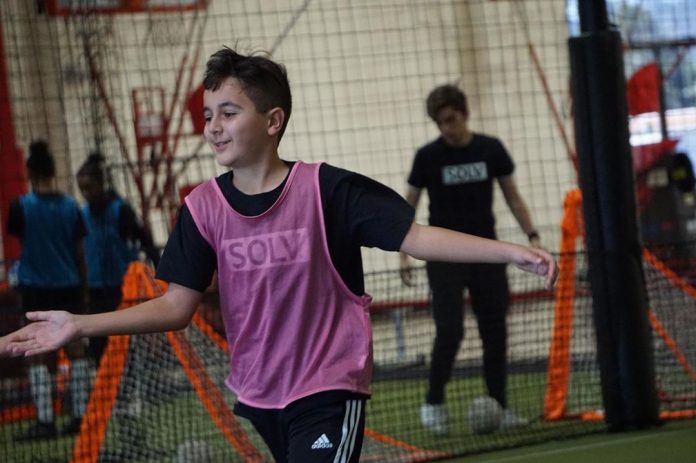 Academy USA continues to push the limit on what defines a state-of-the-art athletic training facility. Known throughout the Glendale and East Los Angeles areas for its world-class design and collaborative community for young athletes — Academy USA prides itself on consistently updating the facilities to enable its athletes the opportunity to learn and grow at the highest rate possible. This is made possible by providing all Academy USA members with as many of the sporting world’s most coveted pieces of equipment available today.

Young athletes thrive in both group environments, as well as when working with new instruments. By allowing all members of Academy USA access to any of these professional-grade training devices, our athletes will excel beyond the parameters they otherwise might have peaked at under the roof of any other sports training facility. Before signing up for your monthly Academy USA membership, allow us to breakdown in greater detail some of the cutting edge athletic training equipment exclusively offered at our Los Angeles-based sports club.

Originally invented in the late 90s, the Gun by Shoot-A-Way has completely changed the game of basketball over the past twenty years. The Gun by Shoot-A-Way is an automated basketball shooting and rebounding machine. The machine is simply placed beneath the hoop where shots are caught and shot back to the player. The machine simplifies practicing your shot. With the Gun, you don’t have to constantly retrieve the ball, change your position on the court, or even think about anything other than your next shot. It also is a major timesaver as shooters using the machine are able to take more shots in less time than ever. The Gun is capable of allowing a player to take up to 1800 shots in an hour, which averages to around 200-300 shots every ten minutes.

After less than 15 years on the market, research suggested that nearly 24,000 basketball guns were being used as training equipment by teams in high school, college, and the NBA — with that number clearly growing over the past seven years. The machine’s adjustable collection net forces players to shoot with more arch depending on where they’re located, but the real benefit of the Gun by Shoot-A-Way is its promotion of muscle memory. The repetition of catching, shooting, moving to a new spot, and repeating the entire process will lead any young athlete down a path of greater skill development. All of the basketball programs offered at Academy USA take full advantage of the Shoot-A-Way Gun to further improve players’ shooting percentage and technique. The equipment is customizable to all players needs and it’s proven to help.

In Spanish the word toque means touch. In the sport of soccer, touch is referred to as a player’s ability to control the ball, particularly upon the first touch of the foot. A playing style in soccer known as “ticki-tacka” refers to when players make short passes and control the ball with great touch and feel. This style can be taught and developed within young athletes with the aid of the TOCA Touch Trainer piece of equipment owned and operated at Academy USA. The Toca Touch Training Machine teaches athletes the “small-ball” method of soccer by always staying on your toes and being ready for the next pass. The TOCA machine can be programmed to allow players just enough time to get the ball in position to shoot or pass before the next ball comes to their feet. As the TOCA training site puts it, “the Touch Trainer boosts confidence and pushes the limits of a player’s capability with high-quality ball deliveries and limitless game-like training situations.” Similar to the Shoot-A-Way Gun players use on the basketball courts, the TOCA Touch Training Machine offers young athletes at Academy USA the upperhand in athletic development.

When it comes to high-endurance sports performance training, Academy USA also offers professional equipment to use off the court or field like the VertiMax. Considered the most effective vertical jump training system on the market, this revolutionary piece of advanced resistance technology addresses maximizing “performance, vertical jump, power, speed and agility in life and on the field of play.” By focusing on speed, explosive power, and vertical jump, the VertiMax is perfect for young athletes interested in improving multiple skill sets for a variety of sports like basketball, soccer, baseball, football, or track & field.

Guide to Be Ready on the Court for GameDay 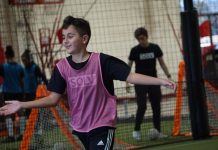 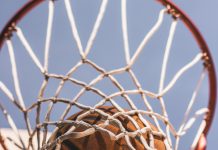 Guide to Be Ready on the Court for GameDay 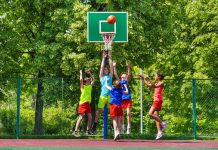